Chinese breeders have been breeding and improving albino red swordfish for more than 30 years. It’s now one of the most well-known local ornamental fish in China. The first competition standards for swordfish was set up by China Fisheries Association, Ornamental Fish and Shrimp Division. Cooperating with the Association, CIPS has successfully held the Global Ornamenta 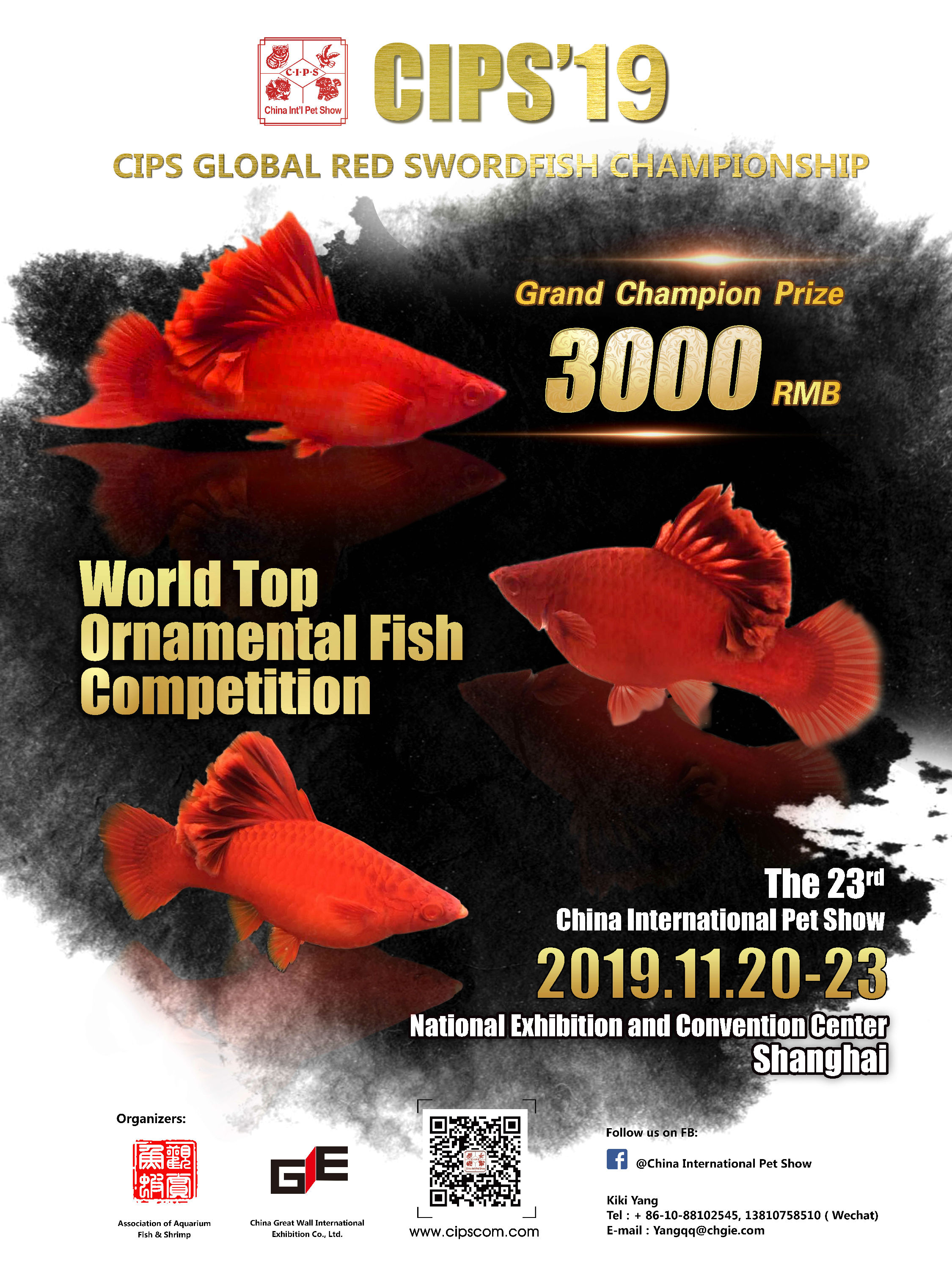 l Championship for four years. The most experienced judges and breeders are invited to the show. Visitors will see the most fantastic albino red swordfish in CIPS.

We are looking forward to meeting you in Shanghai this November.