Crayfish, living in most part of the freshwater area of the world, has become a new favorite species for water creatures lovers in recent years. CIPS successfully held the first grand Crayfish Championship in China in 2017. Experienced judges, breeders and hobbyists from Asia presented well-prepared competition for domestic and foreign visitors. CIPS Global Crayfish Championship has greatly promoted this hobby in the country and has developed into the most influential crayfish competition in Asia. We are looking forward the competition in 2019, also more themed lectures will be presented to promote this lovely creature. 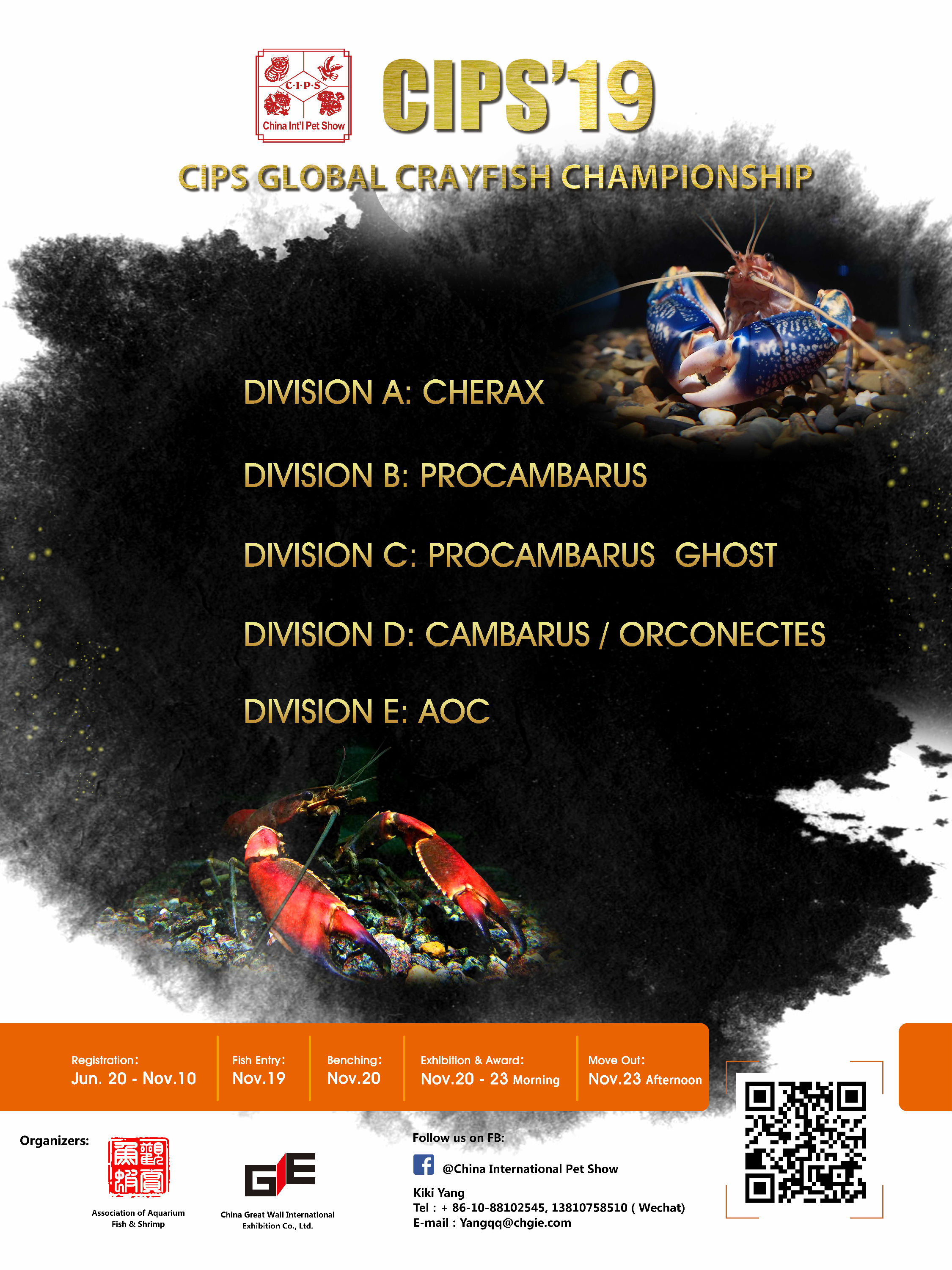