Betta is one of the most popular ornamental fish in the world and China has big population of betta lovers. Cooperating with China Betta Club, CIPS has successfully held the Global Betta Championship for four years. Judging standards of International Betta Congress (IBC) have been applied in the competition. Experienced IBC certified judges are invited to the show. Breeders and hobbyists all over the world bring high quality betta to the competition. CIPS Global Betta Championship has developed into one of the most well-known betta competitions in Asia. We are looking forward to meeting you in CIPS 2019 in Shanghai. 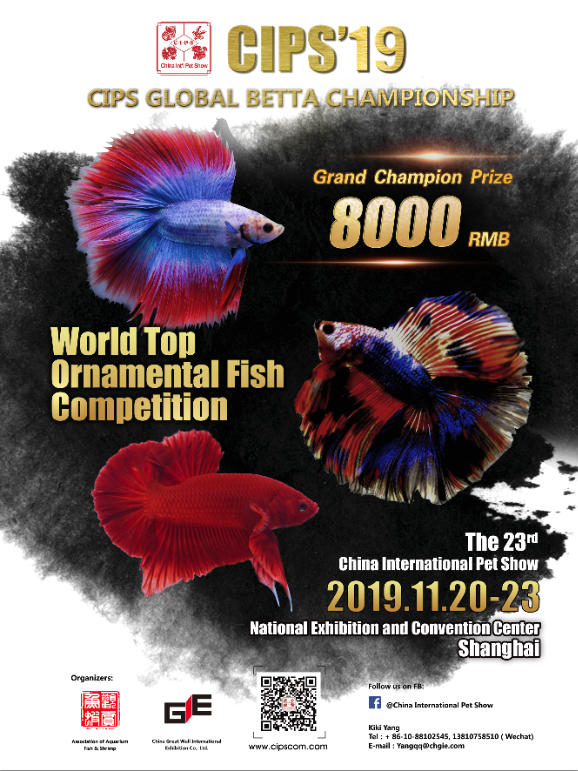