China changes policy regarding import of feed and feed additives

As distributed by AQSIQ, The AQSIQ has made great changes in the import policy of feed and feed additives, with a separate list formulated especially for feed additives and additive premix. This represents another step in the stricter regulation of China's food and feed market.

The Chinese government is paying close attention to food safety in the country and, as a result, keeps constantly upgrading the policies for food and feed regulation, including import conditions. Therefore, the General Administration of Quality Supervision, Inspection and Quarantine of the People's Republic of China (AQSIQ) has established a supervision system which includes the whole steps of companies that want to import food and feed products to China. This indicates, that companies that are exporting food and feed related products to China, they are in need to pay more attention to the Chinese laws and regulations in order to know if and how they are able to export their products to China. Some of the most important tasks for an exporting company is to check if the product category is allowed to import to China, they have to design a compliant Chinese label, and it is necessary to conduct pre-test according to relevant Chinese national standard to check if the product quality can be compliant under Chinese regulation. 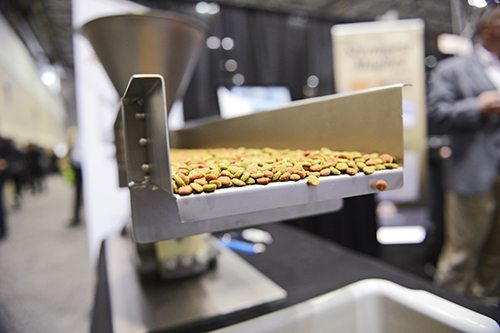 The AQSIQ issued at the beginning of March 2018, that the new version of the list of feed and feed additives was approved for import. a major change has been seen in the administration of feed additives. The statement says that the previous List of Products and Countries or Regions of Feed and Feed Additives Approved for Import has been effectively divided into two separate lists, each dealing with a specific segment.

Looking at the changes occurring from the new regulation, it is basically the first time in China that feed additives and additive premix have been targeted by a separated list. It is worth mentioning, that from now on feed additives containing no ingredients of animal and plant origin are no longer allowed to be imported into China without approval.

It is stipulated that the feed products on the list are allowed to be imported before the overseas processing enterprises finish the registrations. Any foreign feed raw material or feed additive enterprise planning to export their products to China shall complete all the required access procedures and registrations in accordance with China's laws and regulations.

How is feed export to China regulated?

Feed and feed additive exports into the Peoples Republic of China have to deal with two Chinese government authorities, namely the Ministry of Agriculture and the General Administration of Quality Supervision, Inspection and Quarantine.

The General Administration of Quality Supervision, Inspection and Quarantine of the People's Republic of China is a ministerial-level department that is in charge of national quality, metrology, entry-exit commodity inspection, entry-exit health quarantine, entry-exit animal and plant quarantine, import-export food safety, certification and accreditation, standardisation, as well as administrative law enforcement.

[Next] Where to Buy a Reptile to Keep as a Pet